The OG Kush strain is one of the most recognized marijuana strains, even to those who aren’t too familiar with the cannabis world. It is adored by many movie stars, rappers, and patients in the medical world for its high THC levels. While it is used by many; its origins are known by none, making this strain even more intriguing. One thing that is known to all is the fact that OG Kush is one of the major strains used to make other ones.

OG Kush is one of the most popular parent strains that is used by growers, and it is because of this reason that so many strains have the OG Kush within their name. To clarify; these strains are not OG Kush with flavors built within, these other strains are simply grown from the OG. 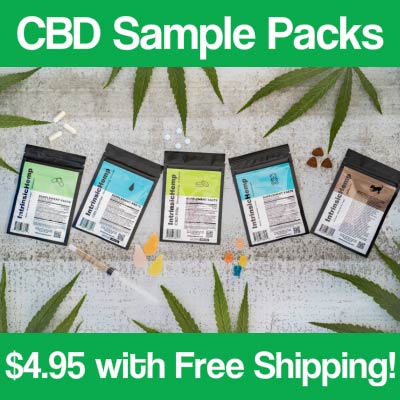 OG Kush with added flavor has a different male or female part to their genetics.

Strains built from OG Kush include:

While not much is known about this strain, it is assumed it was first grown in the early ’90s in Florida and was later moved to Northern California. Because it was birthed on each coast, many have given it the nickname of “ocean grown kush.” The original strains used to make it range all over the board.

Some claim it is made from a cross between a Hindu landrace plant from Amsterdam mixed with Chemdawg. Others claim it came from a distinct phenotype from an already existing undocumented seed and classify it as a pure Sativa, while some refer to this strain as a Sativa-dominant hybrid.

The aroma of this strain is very reminiscent of taking a long walk through a forest. Upon first whiff, notes of earth, pine and wood hit your nostrils. Underneath the original scent is a hint of citrus, which makes the overall aroma profile very similar to that of a hoppy craft beer.

When the buds are broken apart a very strong pine scent is emitted. When the buds are smoked it gives off a thick, full body which can leave new users in coughing fits. Even seasoned users are urged to take smaller than normal hits with this strong strain. Smoke lingers for a while even after the bud is put out, so users should be cautious when trying to be discrete with their cannabis.

Taste of OG Kush can be compared to drinking a lemon-lime soda off of a pine cone found in the middle of the woods. It’s a little bit sharp on the tongue and offers a very natural flavor.

Much like any strain that is high in THC, this strain is going to be a bit heavier on the head high vs an overall body high. THC levels in OG Kush average between 20%-27%. Colors, sounds and even things consumers touch are going to be intensified leaving them with pleasurable psychedelic effects.

Since it is made from pure landrace seeds, users will feel mental euphoric effects without any mind racing or paranoia effects. A fast head sensation instantly uplifts even the saddest minds and can be a great relief for those suffering from mental illness.

Suggested for morning or daytime use, it would not be a great choice for those looking for night time cannabis.

OG Kush is one of, if not the most, uplifting strain of marijuana on the market. Patients who have tried other strains of cannabis, without any success for their mental illness, have found relief from OG Kush. It’s pure landrace properties make it strong for even the most stubborn minds.

It has grown in popularity over the last few years, as more and more medical patients have found success with this strain. It’s healing therapeutic properties are unmatched by any other strain on the market.

Used to help mental ailments such as:

It is also used for patients who have ADD or ADHD to help them stop and just be in the moment and focus on the task at hand. While it is not suggested for those with insomnia, it can help patients fall asleep if their mind is always racing.

Patients looking for physical pain relief for minor aches, pains and sores use OG Kush throughout the day. Athletes who are sore, after a day of intense training, can use this strain to help them find relief in the form of topical lotions or oils.

Since this isn’t a couch-lock strain, many people prefer to use this before going to social gatherings, to help them loosen their lips and get them into a chatty mood. Sometimes people clamp up when they have to go to work events, and a little bit of OG Kush can be the thing they need to relax. Relaxing at work events gives you the ability to feel confident to chat with co-workers and really network.

Consumers can use these moments before they need to feel the high because effects are instant. The high time for this strain is a little bit above average which means users don’t have to worry about carrying a large amount with them. A little bit goes a long way with this strain.

Great to use before movies, concerts, brewery tours, and even farmers markets. Nothing intensifies all the colors and smells of a local farmers market like the effects of OG Kush. Try it once and you’ll never attend one without a little bit of OG Kush in you.

If you are new to growing you can just stop reading this article now. OG Kush strain is one of the hardest to grow and takes experienced knowledge to successfully harvest. New growers are going to waste their time and effort trying to harvest a crop that will most likely die on them.

For those looking to grow at home for personal use, you are better off spending time on a different strain that doesn’t require as much attention. This plant one of the most popular top shelf strains, and is readily available at most dispensaries.

You can grow this strain inside or outside, but it is strongly urged to grow it inside, so you can control the climate. The plant flourishes best in a climate that mimics California conditions, and the temperature should always stay around 75 degrees Fahrenheit.

Because of the plants overall pungency, growers are going to want to invest in some fans with an air filter or exhaust. Even growers who cultivate inside their own home are not going to want the smell of the plant lingering 24/7,  especially in places like their kitchen or bedroom.

Buds are very dense and have an overall green, thick coating to the trichomes. Growers should take close note and be able to decipher if the green is just part of the trichomes themselves, and not actual mold, or you will be wasting your investment.

It should come as no surprise to growers that the OG Kush has a traditional OG cannabis look to it. Leafs found on the plant are yellow-green in color and have orange pistils throughout. The plant grows bushy and is fairly small, usually 2 and 3 feet. Due to the bushy shape, topping and trimming are required throughout the growing process so air and sunlight can reach the bottom.

This plant typically takes about 9 weeks total to harvest and growers can expect the OG Kush strain to yield about 16-18 ounces per meter squared when grown indoors.